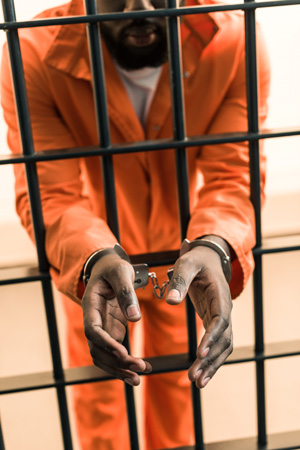 Regardless of which side you take, it remains that two lives were lost.  Regardless of whom you choose to blame, two young men are now dead. In my work, I’ve met many people who have experienced the murder of a friend, family member, neighbor, or school mate.  In many instances, there is no suspect, no arrest, and no upcoming trial.  Where is the outrage for those murder victims?  Where are the protests?  Where is the additional law enforcement protection to prevent the murder in the first place? In 2010, a white male, late 50’s was working on the Southside of town, doing some construction cleanup.  It was a sunny Saturday afternoon.  He was shot and killed, by someone who also robbed him.  The only description, provided by the victim when he called 911, was a “black gentleman”.   And yet, I’ve never heard his family be upset about a race issue.  They are upset because this man took the life of someone they dearly loved. Around the same time, a white male was found on the side of the road, in his car, dead from a gunshot wound.  There are no suspects and no arrests have been made, 4 years later.  In 2012, a female was home on a Saturday afternoon.  She heard a knock at the door, and went to answer it.  It was a former friend, who busted in.  He raped, and beat her until she died.  In this case, both the victim and the murderer are Caucasian.     Also, in 2012, a female was outside admiring the new car she and her husband had bought earlier in the day.  Her husband was walking the dog on the sidewalk in the front of their home.  A car drives by, and her husband is gunned down and shot.  No arrests, no suspects, and no justice.  People have often asked me if justice makes it better somehow.  Does justice make it the pain easier, or make the grief more bearable?  I’ve come to learn that it does assist in the healing process, but it doesn’t make the pain go away.  In all of these instances, someone was killed at the hands of another.  Whether they were in the wrong place at the wrong time, or somehow provoked their attacker, these people are still victims.  Their families are victims, and society is also a victim.  With that being said, we should be outraged.  We should all be seeking justice for our murder victims.  We need justice for our murder victim’s families, and we need justice for our society. Someone once described grief like the roots of the tree.  Even though the murder is of one person, that one person often has so many connections to others, that the devastation of the loss is ongoing.  Murder affects a family, a neighborhood, a community, an employer, a church, a school, regardless of what race died, or what race caused the death.  I would ask you to consider being outraged, but not because a black man killed a white man, or a white man killed a black man.  Be outraged because someone killed someone else.  Take race out of the equation, and focus on the common denominator, which is murder. Tomorrow, I walk into the court room, but not as a grief counselor this time, and not affiliated with any agency.  I walk in to be a part of representing the victim.  We ask, no we demand justice.  I wonder where the media will be, where will the compassionate and/or justice agencies be?  Who will be protesting on the courtroom steps?   I will!

You can reach Tracy Riley Counseling and Hypnosis by phone at 904-704-2527 or by email through our website’s secured, confidential contact page.