Six days is intensive and while we are together for an incredible reason, we also want to have a little fun!  We have arranged for stage hypnotist to come and entertain us on Saturday night, and YOU have an opportunity to be the star of the show.  Seeing the comedy of a stage show simply increases your validity in the office, as many people will ask you about the differences. Seeing this firsthand, you will be able to speak intelligently and offer some feedback to those who ask.  The stage hypnotist will also provide a lecture and question and answer period on Sunday for some of your classroom instruction time.

Michael is a Multi-Award Winning Hypnotist and Magician. He has performed in such venues as The Four Seasons Luxury Resort in Las Vegas, The RMS Queen Mary, The Prado in San Diego, The World Famous Magic Castle in Hollywood and most recently, exclusive engagements at Circus Circus Hotel and Casino, The Riviera Hotel and Casino, and The Orleans Hotel and Casino on the Las Vegas Strip.

He hosted a monthly show at the Carlsbad Village Theatre in Carlsbad California, was a featured act at the Treasure Chest Riverboat Casino in New Orleans and tours the country regularly performing for high schools, colleges, non-profits and corporate events.

He has, to date, performed in twenty-two states and four countries and is ranked by his peers as being in the top 100 hypnotists in the world having been awarded the "Hypnotism Achievement Award" in 2013 and the "Hypnotist of the Year" in 2016.

His Comedy Hypnosis Shows are High Energy, Vegas style shows where the volunteers become the stars of the show performing hilarious skits. You can expect to see the volunteers auditioning for a major motion picture, dancing like professional dancers, speaking in Martian; and some of them will lose their bellybuttons and forget their own names. The show is done in good taste and family friendly. The audience and volunteers will walk away realizing the potential they have using their subconscious mind. 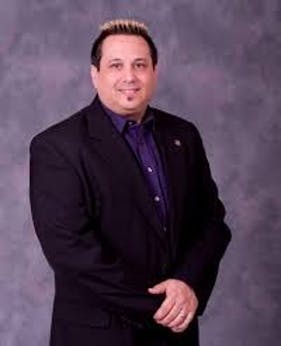 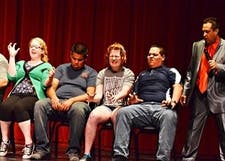 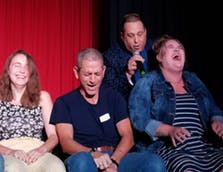 You can reach Tracy Riley Counseling and Hypnosis by phone at 904-704-2527 or by email through our website’s secured, confidential contact page.